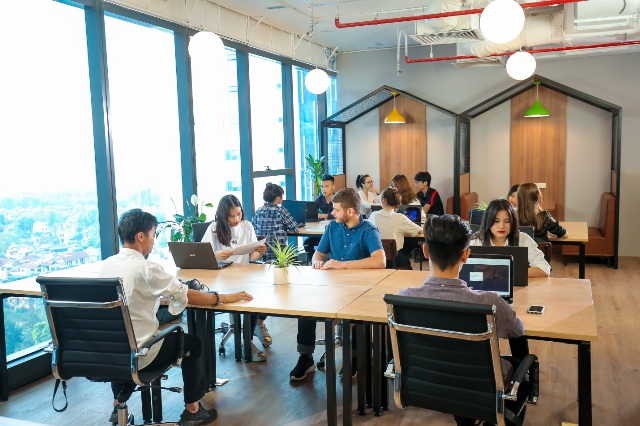 Coworking space trend in Vietnam has just developed strongly with the participation of domestic and foreign enterprises. But it will be a really tough race.

A "Coworking space" piece of cake

After a cool-down period, the office rental market has recovered. Only in the first 4 months of 2018, Vietnam real estate market has witnessed remarkable achievements of the office leasing segment. The occupancy rate is over 95% in HCMC and continues to increase, especially A-tier buildings.

Not only that, the office supplying the central area of Hanoi and Ho Chi Minh City is becoming scarce. Finding space is not easy anymore. The occupancy rate of the whole market has steadily increased in the last two years and reached 94% in the 4th quarter of 2017. Regarding the central area, the current capacity is 97% and is expected to increase if the market does not have any additional office projects which come to operation in 2018.

This is a great opportunity for the Coworking space business develop in Vietnam. In fact, in Vietnam, the concept of coworking space has been around for some time, but most real estate investors and users still do not have an overview of the benefits or even not know the model. From 2015, coworking space trend in Vietnam is developing strongly with participation of domestic and foreign players.

In the world, the coworking space model is growing at an average rate of more than 50% per year over the past five years. The value of coworking space companies has also "dizzying" risen.

Especially WeWork has become the third largest startup in the US and sixth in the world for $ 20 billion after only 7 years, Ucommune (formerly Urwork) of China, which owns 100 centers in more than 30 countries, also reached $ 1.7 billion after nearly three years of operation.

And recently, WeWork successfully acquired a China-base coworking space - nakedHub with $ 400 million for the expansion of its operations in Asia, including Vietnam. All the positive information above give a signal of "booming" of this model in Vietnam in the near future. 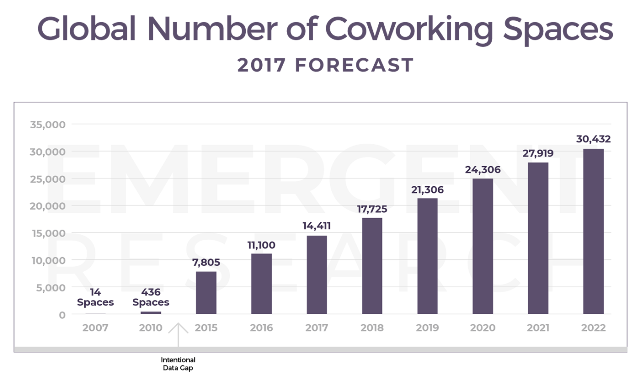 With an average annual growth rate of over 58%, the number and area of coworking sites has increased dramatically, names such as UP, Toong and Dreamplex becoming popular

A tough race between investors

With that potential, experts predict that in the coming time, there will be a dramatic race between domestic investors and big names in the region as well as worldwide.

Typically, after the successful China based nakedHUB - which owns two coworking spaces in Hanoi and HCM City, WeWork will continue to implement its expansion plans in Vietnam.Ucommune, JustCo, the Hive ... are also planning to penetrate the Vietnamese market in the near future.